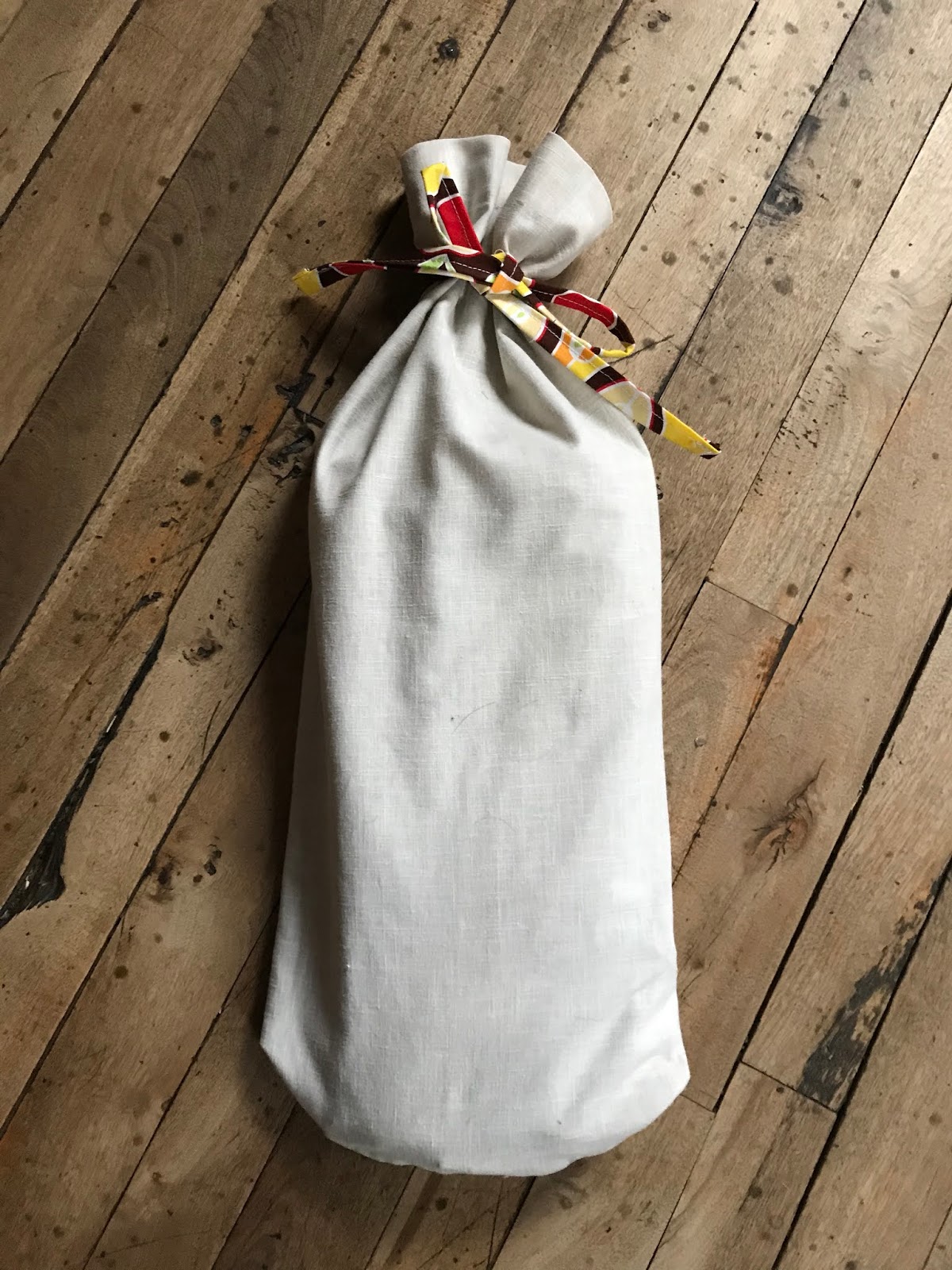 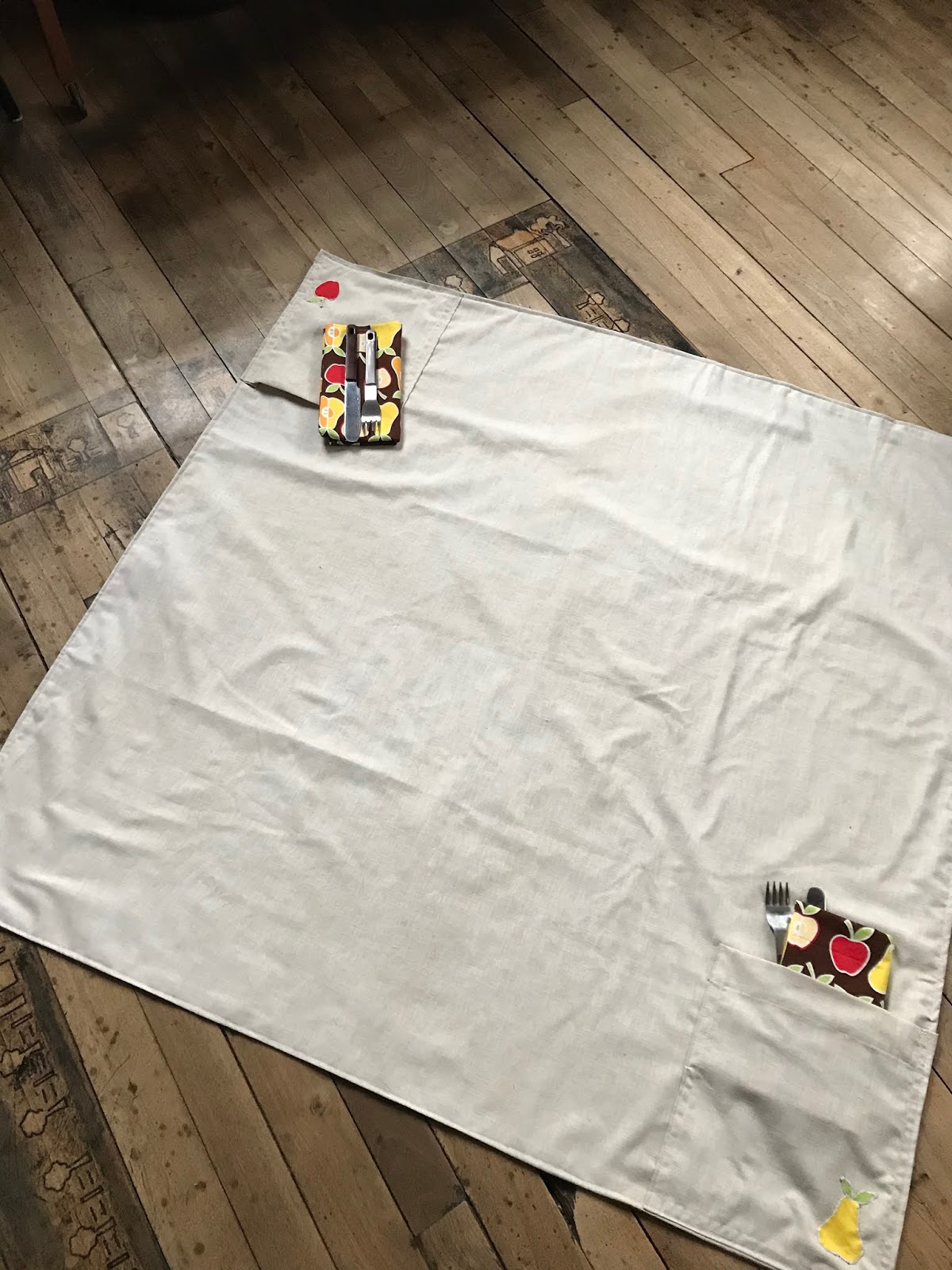 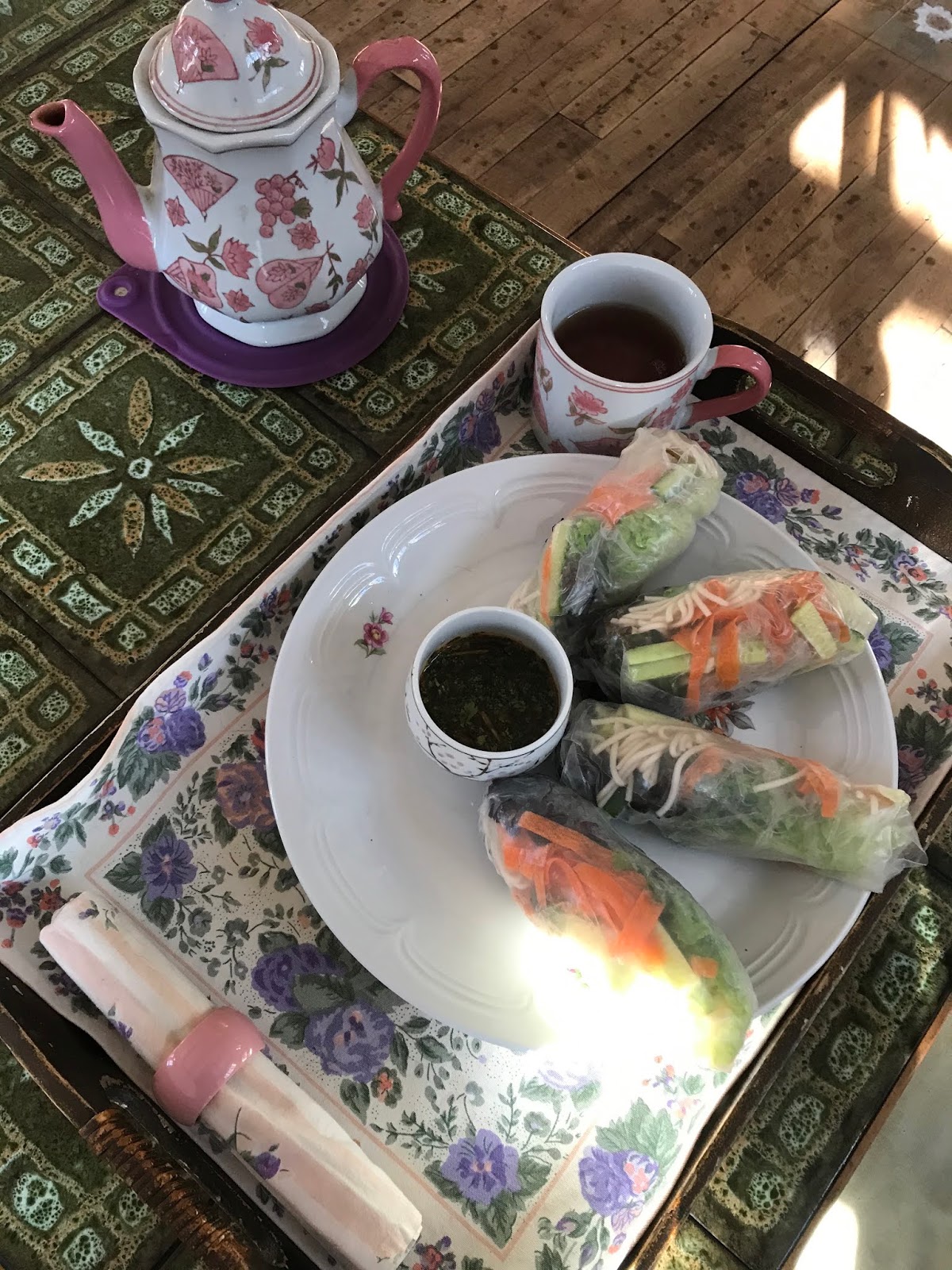 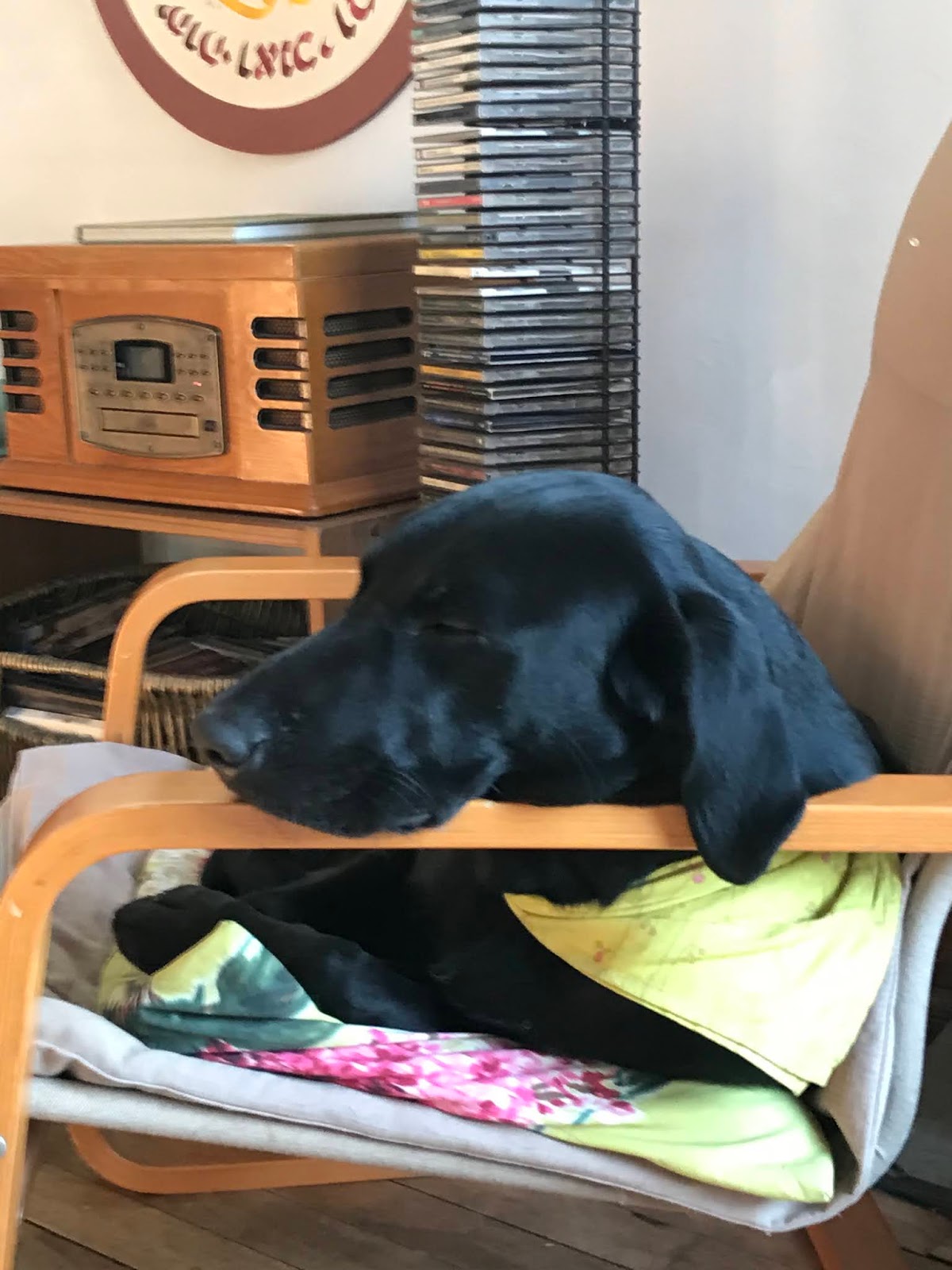 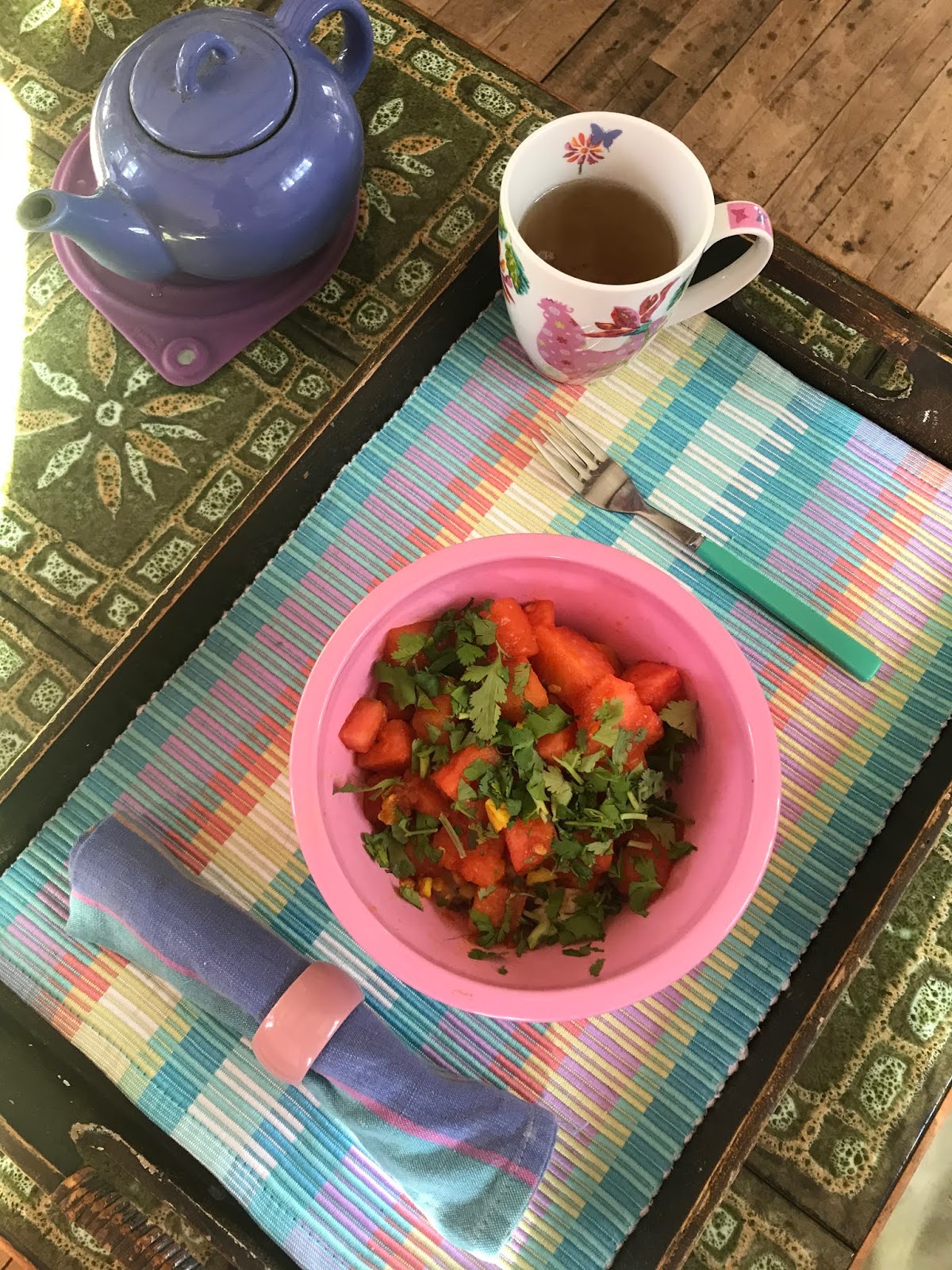 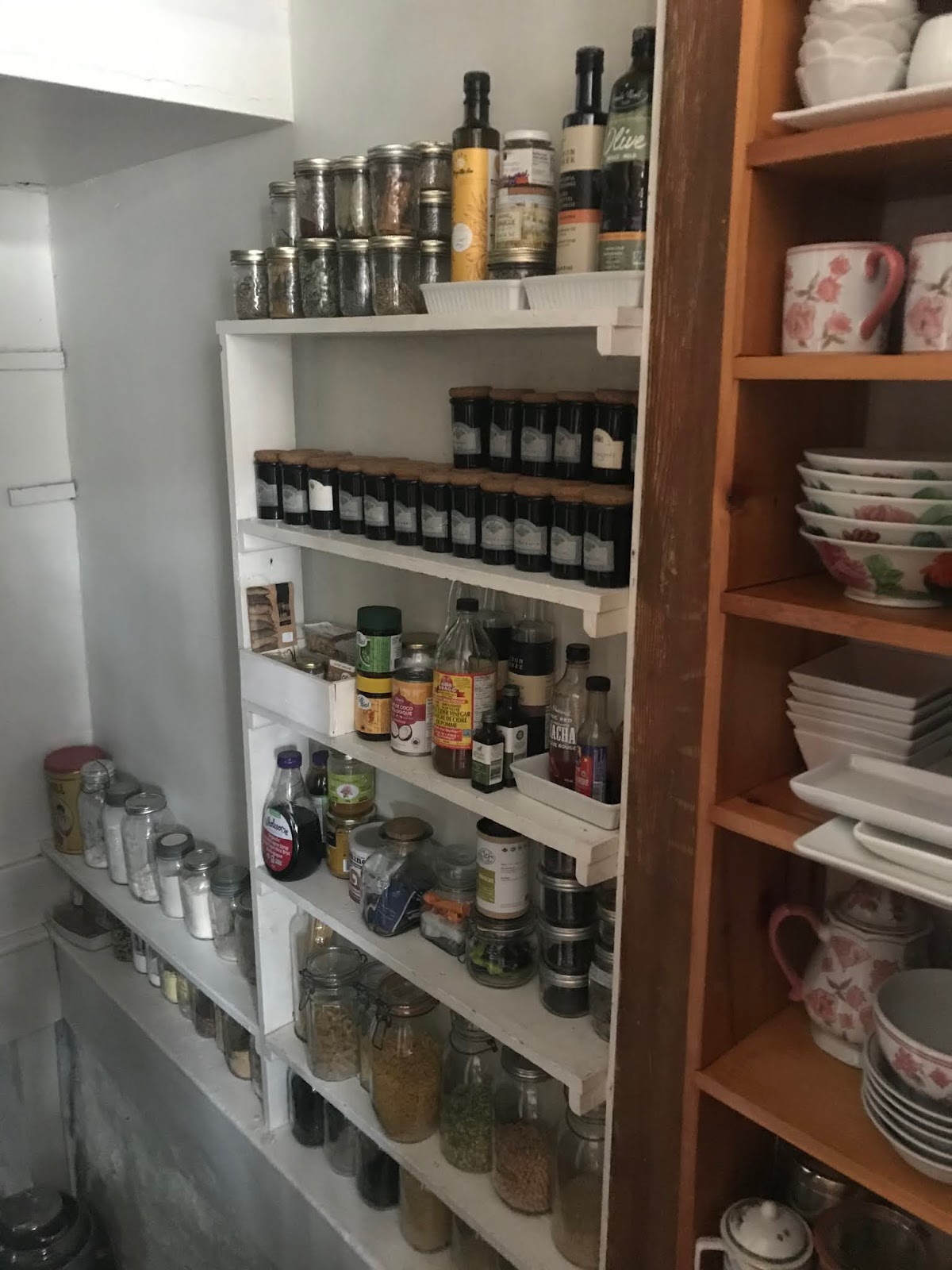 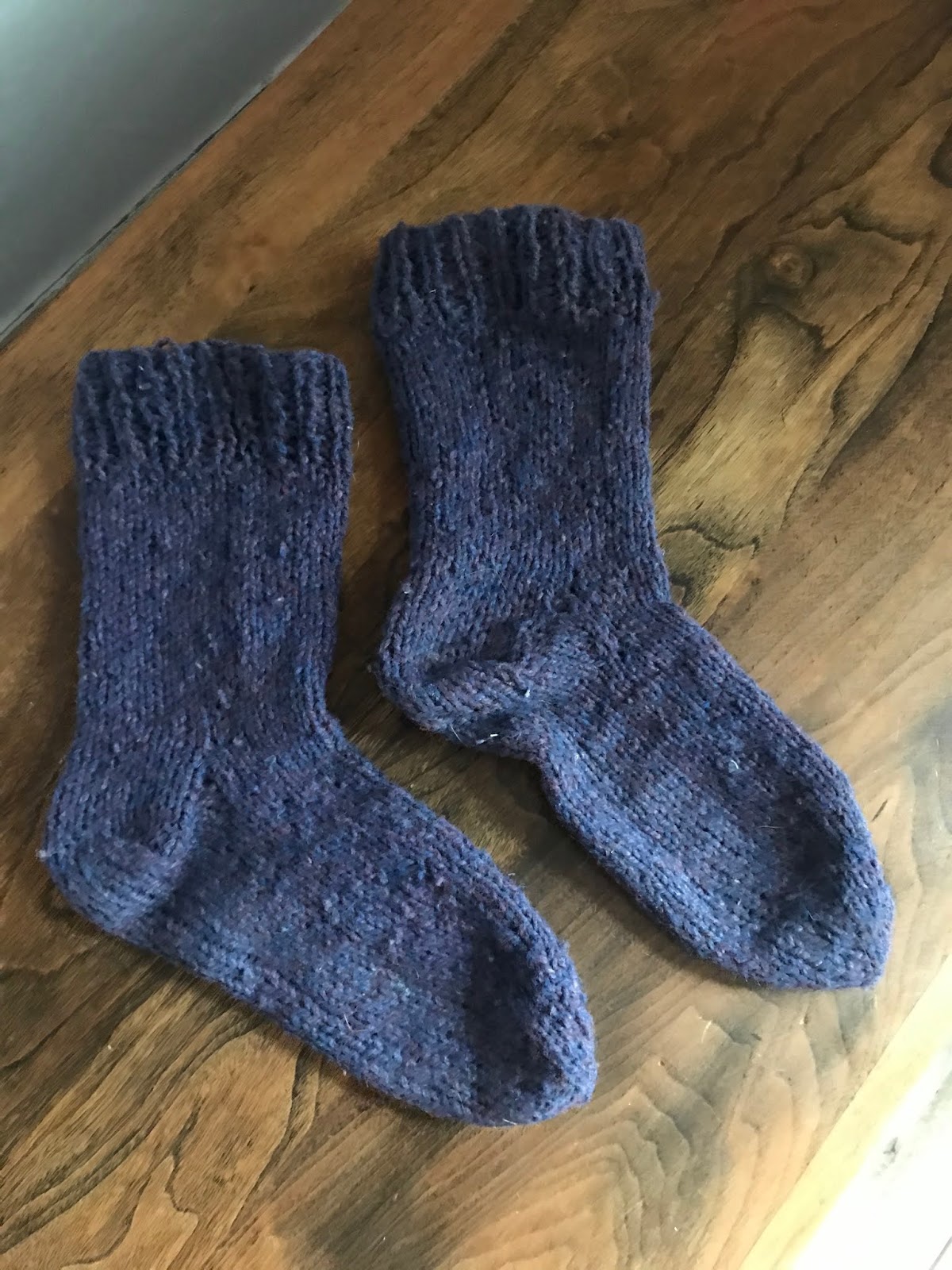 I’m getting to this post rather late as a large portion of today has been occupied in recording the Day Camp Training Video 😊 .Jessica and Jillian both did a great job with Jessica acting as MC and taking on the lion’s share in presenting the content and with Jillian handling all things “tech”!

My greatest fear was that all of us would give up our Saturday to create this video and then discover that it hadn’t recorded, but Jillian is a real pro having taught elementary school online throughout most of the past year as an ESL specialist, it was great to have her expertise on our team! She will now be editing the footage and slotting in some film clips, documents and photos, all of which will help, we hope in the training of leaders in communities able to hold in-person Day Camps. Because the video will not be “program–specific” it should be of value for several years to come so (assuming CTM survives) we can use it in future summers if not in 2021.

Tomorrow evening I’ll be gathering online with another group that, over the past month, has been making craft samples for this summer’s program. We are going to check in and see how much progress has been made. I have completed my section but am not sure how the others are doing.

Over the last few days I’ve also finished a draft of the Virtual Experience and sent it off to Jessica who has offered to do some formatting and check the content to make sure all the instructions etc. are clear.

Afternoons (when it wasn’t raining!) I’ve done some early gardening work. A neighbour has, for the second year in a row, shared some buckets of her organic compost with me so I spread that on sections of the flower beds, did some weeding and generally spruced things up.

On rainy afternoons spring cleaning has continued with emptying all the pantry shelves, washing them down and also washing all the jars and containers before replacing them. Tuesday afternoon I sewed an Anniversary gift for some dear friends. Their wedding anniversary is not until late May but as I’m still using a borrowed sewing machine I thought it best to make the gift now in case I need to return the machine in the next little while. Another afternoon I made a batch of food for Thomason, this is a bi-weekly task, which takes a few hours.

Evenings, I completed the purple socks I was knitting and am hoping to scrape together enough yarn from my meagre stash to produce a couple of baby gifts as two friends are expecting babies in the next few months. I may be forced to actually buy some yarn as I’ve recently knitted several “stripey” garments using up small balls of soft baby yarn and so do not have much suitable material on hand.

Today has not included any baking as time was too limited for that so now I’m about to turn my attention to preparing dinner. As the meeting tomorrow with the craftspeople is scheduled for 5 pm I have decided to make a mini-high tea for tomorrow so I’m also doing some prep for that now.

Before rolling up my sleeves, here is a recipe.

This is a great quick and tasty supper for a busy weeknight! 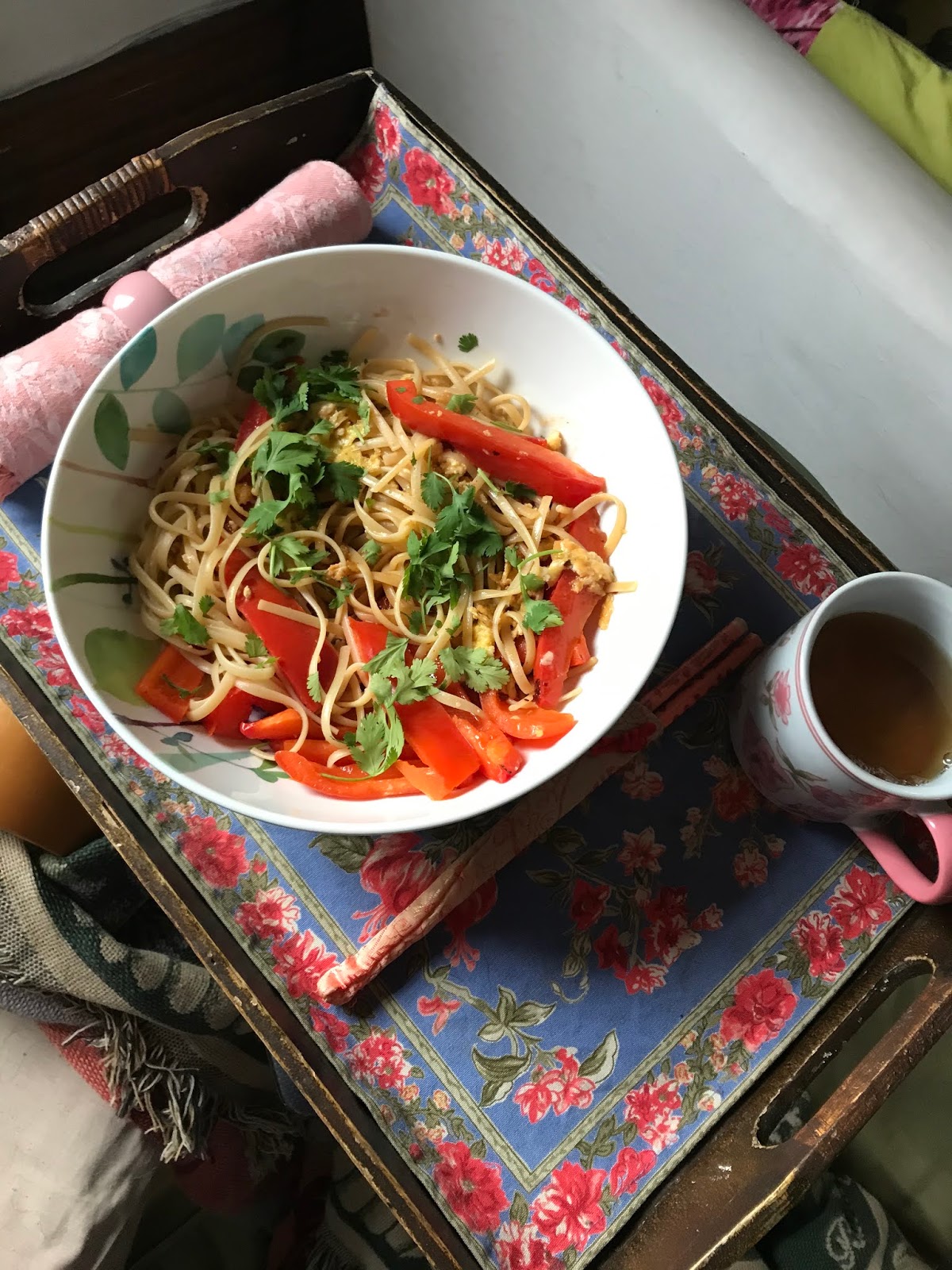 1 Tbsp. Sriracha (or less of you don’t like super spicy 😊)

Mix together the Sriracha, Tamari and Turbinado in a small bowl, set aside.

Heat the butter in a large skillet and stir fry the peppers and carrots for a few minutes. Push the veggies to one side and quickly scramble the eggs on the other side of the pan. Add the noodles to the pan and fold everything together over low heat. Add the prepared sauce and mix well.

Transfer to serving bowls and garnish with cilantro and green onions. Serves 2